You are here: Home / Products

The Art of Bodybuilding

Buy it on Amazon!

We are proud to announce the newest David Paul release.

David’s many years and many friendships in the sport of bodybuilding have enabled him to create this first book in a series of masterpieces. Volume I features some of the most famous bodybuilders ever, including Jay Cutler, Mike O’Hearn, Lee Priest, and Flex Wheeler, amongst others. All of the photographs in Volume I were shot with Polaroid cameras, using natural light. David spent years in front of the camera as part of the legendary bodybuilding duo, The Barbarian Brothers, famous for many films in the 1980’s. When David retired from acting and bodybuilding, he turned his immense talents towards music, poetry and photography.

Personal Monitoring taken to the next level. 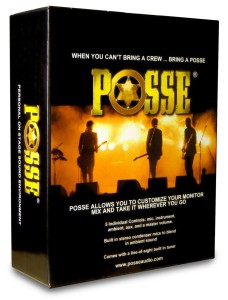 POSSE is an acronym for Personal On-Stage Sound Environment, and the PM01 is precisely that, a device that allows performing musicians to tailor what they hear while on stage. It is an electronic earphone sound monitoring system that improves a performer’s ability to hear and control the audio blend of their own vocal, musical instrument, stereo ambient sounds, and a “house” or studio mix provided by a venue’s or studio’s existing monitor system.

Check out these posts!